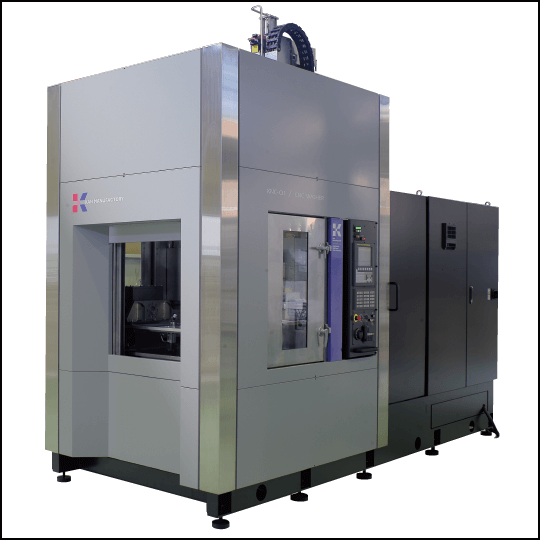 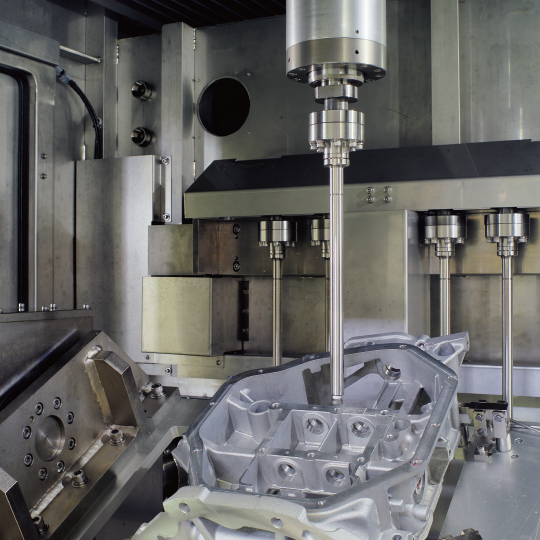 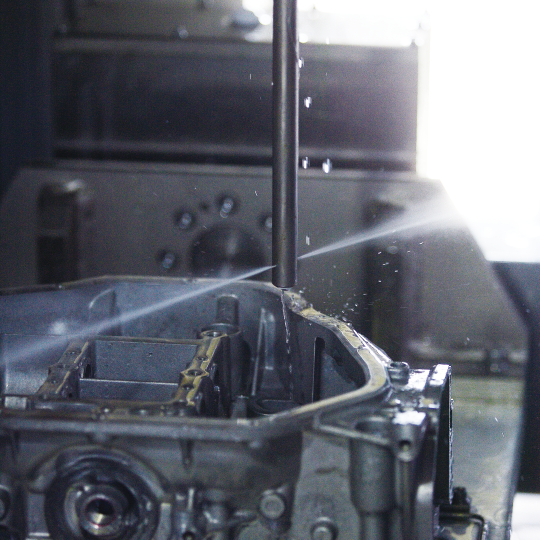 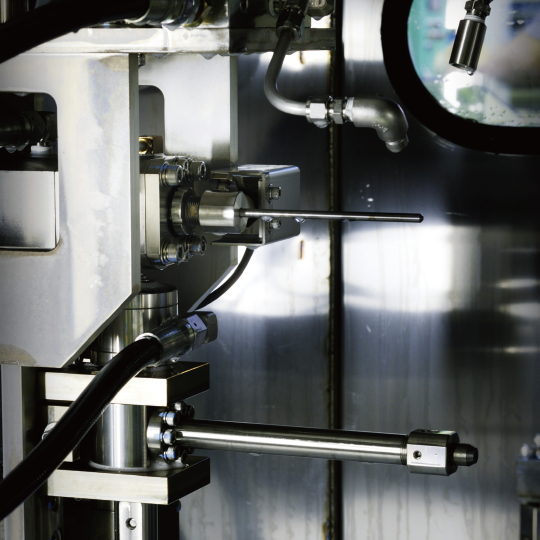 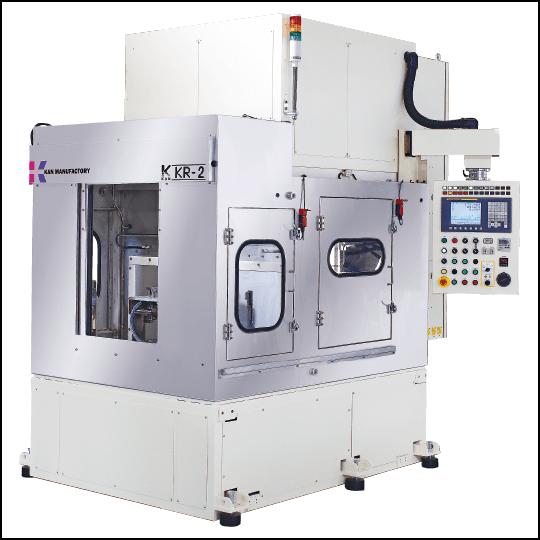 ▪6 axis controlled articulated robot enables to wash complicated shaped workpieces flexibly.
▪It copes with various shapes of workpiece by programing, and contributes to reduction of changeover cost.
▪Space saving has realized by 1,100mm facility width, so that it’s easy to consider a line-layout or replace of existing machines. 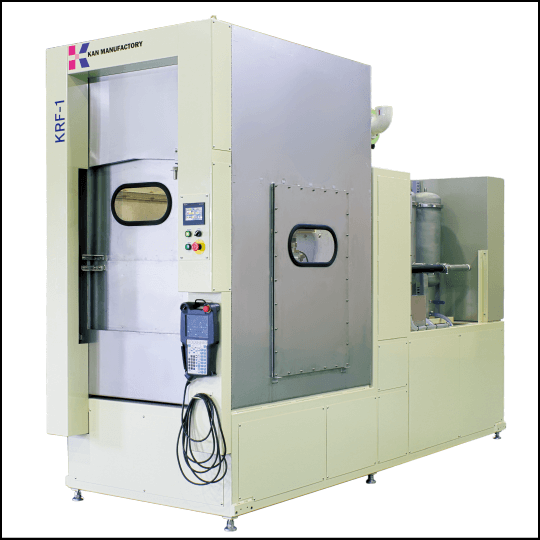 ▪3 steps of washing, air blowing and vacuum drying are carried out with 1 unit, and the drying degree has been improved.
▪Adopted a rotary table and realized space saving. ▪During shower washing, injection of a large amount of water can form a water flow, and oils and chips have removed and washed away by overflow.
▪Only setting a workpiece and pushing a start button, it will automatically perform a series of process of retraction, washing, air blowing and pulling out.
▪A cavitation washing in submerged condition can obtain a higher cleaning effect than former shower washing machines. ▪High speed target washing of 6 sides can be achieved by using an orthogonal robot effectively.
▪It’s possible to high pressure washing of 10MPa. 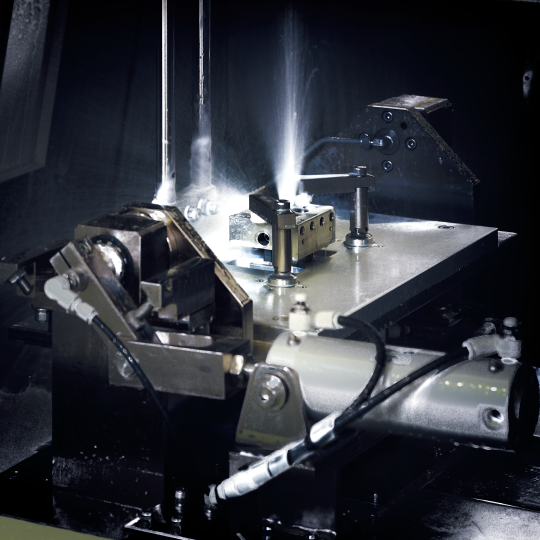